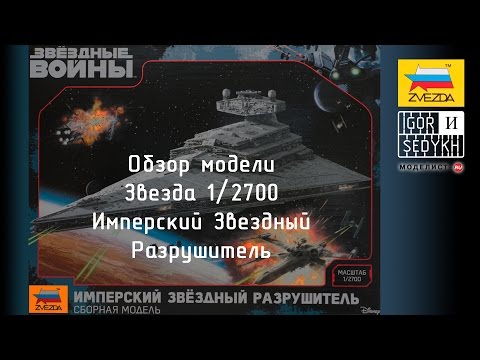 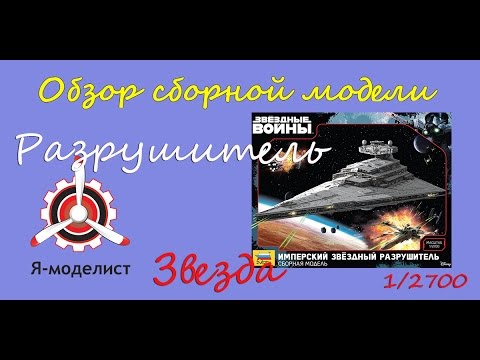 Pavel Pinzhin
Being frequently asked by russian community "Will there be other Star Wars ships?", Zvezda said "We should see first how successfull this one will be."
All comments (5) » 28 October 2016, 05:31

EnsignExpendabl
I've seen this before with textbooks. There are certain editions made specifically for certain markets where they're sold for less (usually a lot less). That label is there to discourage resellers from buying up all the stock and flipping it for profit in another country. I'm sure official Star Destroyers will come to North America soon enough.
8 February 2017, 15:13

Glenn
Agree, Most likely with a Revell logo on the box i think! I was just worried about a tall heavy breathing "mouse" dressed in black turning up at my doorstep! Karrrrrrrrrr....Heeeeeeee......Karrrrrrrrr......Heeeeeee..... looking for the Star Destroyer 🙂
9 February 2017, 03:30

Treehugger
I just ordered and paid for this kit off Ebay, but for about $116, which might be more than the final price for all I know. The two sellers do seem legit, but I've never done this before, buying something that isn't already a common item in stores. It looks to me that the two sellers re-listed their items this evening, maybe they are putting up just a few number of kits for sale at a time? Someone warned me about buying this today, so I hope this turns out ok for me. 🙂
8 December 2016, 21:02

Treehugger
I just got an email confirmation today this Saturday about the item having been shipped. Two days after I placed an order.
10 December 2016, 10:31

Spanjaard
it may be entirely legit. i just hope you do not have surprises with customers. i recently order a model from luckymodel.com, nice price (30+ EUR) but because the value was above the threshold of 22EUR, i had to pay the VAT, plus the administration fee.... total 18EUR extra. so the price was basically increased 50%, although was of no fault of the shop.....
10 December 2016, 14:01

Treehugger
Yes, for me for buying online, there is a magical price limit I try to stick to, howeve I have decided to overlooked that limit for this one particular kit. 🙂 So I expect an additional fee of 25% taxes and something equivalent to $17 in customs fee, basically making the kit more expensive.
10 December 2016, 14:30

Spanjaard
the only difference between adults and children, is the price of the toys 😄
11 December 2016, 10:48

Treehugger
Hm, someone showed a photo in a forum, showing whole hull and with a ruler on the side of it. When I use an image editing tool to adjust the depicted ruler in that photo, the width appear to be about 34,5cm wide.
10 December 2016, 18:07

Treehugger
Don't forget to use the proper gray color everyone! 🙂 Afaik, empire ships generally has a cool gray, while the Millennium Falcon has an overall warm gray.
10 December 2016, 10:05

Treehugger
I think this will be a fun project to add styrene to and mess around with. I won't go overboard with detailing it, but I can probably add a few things. Like the garbage shute opening and improving the two domes.
I wonder how I will fit this Star Destroyer in my spray booth for airbrushing. I suppose worst case, would be to do the airbrushing out on the balcony (acrylic paint). 🙂
10 December 2016, 10:27 Pavel Pinzhin
They do have general Disney license, so, probably, Star Wars are covered by that 🙂
Maybe there are regional restrictions though, I'm not sure.
By now they produce pure Disney "Cars" and "Planes" snap-fits, Marvel "Avengers" snap-fits, a magnificent 1/72 Pirates of Caribbean "Black Pearl" (wich is sold abroad Russia as a generic "pirate ship" Black Swan, I believe) - and all of that are licensed products.
28 October 2016, 05:25