A doboz tartalma
The Modelling News 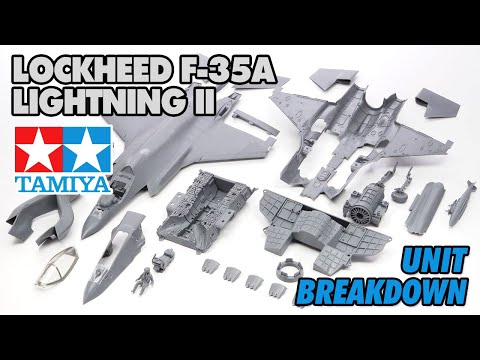 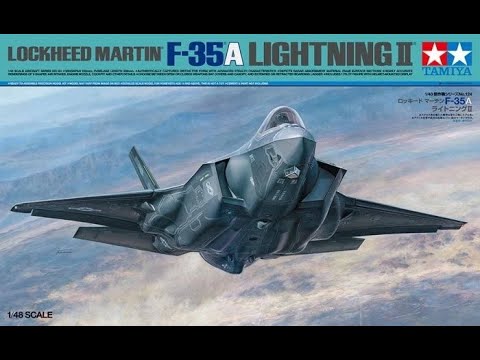 PutinLikesKids
I absolutely do not doubt about the kit's quality but do you guys think it is worth paying that much price for that?
I want to know your opinion.
6 January, 12:58

PutinLikesKids
Have you built the kit?

Gary Norton
In my location SE Michigan keeps me busy during the winter season. It will taper off come spring and summer. I do quite a bit of woodworking also, scratch-built models.
5 January, 21:20

JohnJ
That's also something that i like to do woodworking most of my furniture i made myself. I cannot say that it's a hobby of mine but i like to do it from time to time.
6 January, 08:35

bughunter
On the HLJ page is stated "This item is discontinued and is not expected to come back into stock."
hlj.com/1-48-scale-l..ightning-ii-tam61124
What might be the background for this?
All comments (5) » 3 January, 08:56

Roland Revolvermann
That thing is just ugly 😄 I actually know some who buy ALL new but skip the F-35. Every F-35.
We also had the much cheaper Meng F-35. Here in Germany the Tamiya costs €90+ and the Meng was sometimes available for less than €40. Yes, Meng isn't as good as Tamiya, but it's still a very good and modern kit.

For me, €90 is a price I'm just not willing to pay for a 48 model kit anymore. Especially since there really isn't much to an F-35.

JohnJ
Well Roland with a wishlist of 554 and still counting i have to say that it's not that bad with the F-35's market in scale 1/48. I do agree with you that the F-35 is ugly especially when it looks like the one on the Tamiya box.
5 January, 12:36

JohnJ
Question that has nothing to do with this model but can someone tell me if those sites where i can buy this and other models if they're all trustworthy ?
All comments (8) » 4 January, 12:02

JohnJ
Thanks guys for the information i've ordered something from Der Sockelshop and that one is reliable. But with some of the models they have they can be quite expensive that's why i asked. And Michael what you said is not entirely true because there is one Polish site here and that one is not quite reliable.
5 January, 07:39

Martin Oostrom
The vendors here are paying vendors. Says nothing about reliability
5 January, 08:12

PutinLikesKids
Thank you Tamiya for including ROKAF decals as well!!!
1 January, 03:36

JohnJ
And that is number 5 i'll probably buy all the different variants.
Finished my American version a few days ago.
This is Tamiya quality.
27 December 2022, 13:16

Maciej Bellos
Tamiya didn't release a long nose Phantom, despite Japan producing the F-4EJ locally. They released the B version even though there are already B models on the market.

I expect somebody (ie Meng) will release a C model as soon as there are quite a few NAVY squadrons operating the type. Obviously an A model will find its way on my bench somewhere around the end of the decade, when the first ones arrive in Greece.

Ben Vaughan
Early images show absolutely MASSIVE RAM tape. I excited for the quality of the build, disappointed by the tape. Perhaps it can be sanded back?
All comments (8) » 4 October 2022, 16:39

Ben Vaughan
I figure I'm going to get this regardless for the engineering alone. I'll be going for the newer single color finish instead of the early generations that make it stand out so much more.
22 October 2022, 16:25